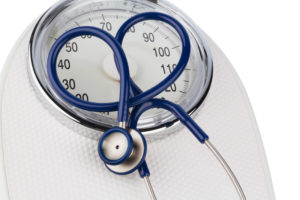 We are frequently reminded that Americans are getting fatter and fatter. How many times have you seen television footage of headless people walking down the street with the camera focused on the abdomens, thighs and buttocks of very overweight people?

A former surgeon general of the United States believed obesity was a greater threat than terrorism. Public health advocates want the government to put warning labels on soda and tax fast food and snack foods. We’re now exposed to calories when we look at restaurant menus.

Are these things true and/or necessary? Is there other compelling evidence about weight that doesn’t get media attention?  Is it possible that our national pastime of dieting has contributed to our weight problems?

Since about 1999, linked to the headless people footage has been the statistic that obesity kills at least 300,000 people each year.  Data published in the Journal of the American Medical Association (JAMA) that year showed that poor diet and lack of physical activity accounted for 300,000 deaths per year. 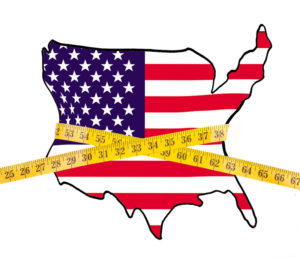 ‘Poor diet and lack of physical activity’ was reinterpreted by the media and the government as being equivalent to ‘obesity.’  Even though this reinterpretation has been disputed on countless occasions, the “killer disease” statistic that 300,000 people die of ‘obesity’ each year is still frequently cited in the media.  Our health care providers also send the clear message that being overweight is nothing but unhealthy.

In 2005, there was a front page article in the New York Times titled “Some extra pounds may be helpful, new study says.” This study, which was conducted by the Centers for Disease Control (government), didn’t get much media attention, but it did reveal some interesting results. This CDC study showed that “obesity,” defined as a body mass index (BMI) above 30, was associated with about 112,000 deaths, a significantly lower number than the often cited 300,000.

Of greater interest was the observation that being “overweight,” defined as a BMI between 25 and 29, was associated with about 87,000 fewerdeaths compared to having a BMI in the normal range of 18.5 to 24.9. What this CDC study showed was that being overweight based on current BMI standards, may actually be betterin terms of longevity than being in the normal BMI range!

This suggested benefit of being overweight made up for a great deal of the deaths associated with a BMI over 30. When you do the math, the combined total deaths attributed to having a BMI over 25 was 25,000 (112,000 – 87,000). That’s a far cry from 300,000, but that shouldn’t be surprising when data are manipulated to cause alarm, create a hot story or get people to buy diet products.

A large scale study of 25,000 men, also published in JAMA about 20 years ago, showed that regardless of whether the men were normal weight, overweight or obese, their life expectancy was almost exactly the same IF they exercised regularly and were physically fit.

The fit men in each weight group lived a lot longer than the unfit men (non-exercisers) in each group.  So the fit, obese men had a longer life expectancy than the unfit normal weight men.  The results of this study have been replicated multiple times and strongly suggest that fitness is a better indicator of health status than weight or thinness. 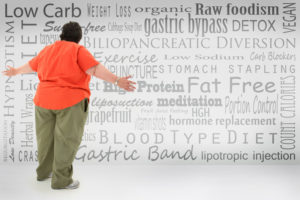 We have become conditioned to believe that diets are the answer to our weight problems and that weight loss is necessary to be healthy.  Unfortunately, diets result in long term weight loss less than 5% of the time.  That’s a 95% fail rate.  Typically, people go “On” a diet and lose weight, then go “Off” the diet and gain the weight back – often gaining an additional 5-10 pounds more. Consequently, weight loss attempts backfire and result in many people dieting their weight UP the scale over time.

Our bodies cannot sustain diets because our physiology fights hard against starvation. We may think of dieting as ‘healthy,’ but our bodies only react to dieting as if we are starving.  Don’t be fooled by diets that are now marketed as “lifestyle choices.”  A diet restricts calories and important nutrients and physiology fights back as a protective measure.

Physiology always wins out – dieting can’t be sustained, we go “Off” the diet and regain the weight, plus more.  When the body perceives it is starving, it slows down metabolism.  This is why we hit the weight loss plateau and why we regain the weight back plus more fairly quickly once the diet ends.

So does all this mean we should give up and don’t need to be concerned about our weight, what we eat or our BMI?  No, it means we need to make intentional decisions about the quality of our daily nutrition and about getting regular physical activity.

We don’t really have as much control of our weight as it seems – eating and exercise only have about a 30% effect on weight.  The other 70% is determined by genetics, the same way height, shoe size and hair color are determined. 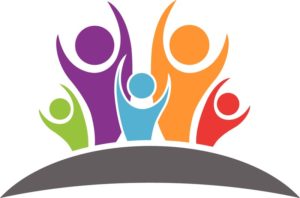 What we DO have control of is our choices.  Here are specific ways you can improve choices that will positively impact your physical and emotional health:

Eat three balanced meals every day. Don’t skip meals! Undereating leads to overeating. Balanced meals include grains, proteins and fats as well as fruits, vegetables and dairy. Get rid of no/low fat versions of food, they have extra sugar and don’t satisfy appetite which leads to eating more.

Eat every three to four hours.  Going long periods without eating slows metabolism and leads to overeating. Include snacks between meals that are two food groups, like cheese and crackers, yogurt and a granola bar or apple and peanut butter.

If you crave foods like cake, candy cookies, ice cream, etc., you are probably undereating grains or complex carbohydrates. Try getting two servings of complex carbs at each meal and see if your cravings decrease.

Find physical activity you enjoy that will increase your heart rate, improve strength, improve flexibility and/or improve your endurance.  Get 20-30 minutes 3 times per week, more if you choose to.  Fitness is superior to weight as an indicator of health and life expectancy.  Fast walking is a great, easy way to get started.  Wear supportive shoes.

Focus on health, not weight.  Take the burden of losing weight off of yourself.  It is more stressful on the body to repeatedly lose and gain weight than it is to stay at a higher, stable weight.  Improving your health may result in weight loss without the deprivation of dieting.

Make an effort to get 7-8 hours of sleep per night.  Lack of sleep and fatigue are associated with carrying excess weight.

If you are frequently stressed, this has also been shown to cause weight gain, especially in the abdomen, and prevent weight loss. Find ways to practice stress relief every day – try the Calm app if you aren’t sure where to begin.

If you think you may be experiencing anxiety, depression, another mental health concern or could use help decreasing stress, find a psychologist in your area to help you. Dieting often makes these issues worse because of inadequate nutrition.

Try one of these ideas and practice it consistently until it becomes part of your normal routine, then try another one. Think of what you could accomplish toward your overall health in just one year!

This article was written for the Wisconsin Psychological Association’s “Top 10 Mental Health Issues of 2019” public education campaign by Dr. Laura Lees, the 2018-2019 WPA President.  She is a clinical psychologist and a certified eating disorders specialist practicing in Wauwatosa, WI and can be contacted at 414-774-6878 or through her website at www.eatingdisordersmilwaukee.com