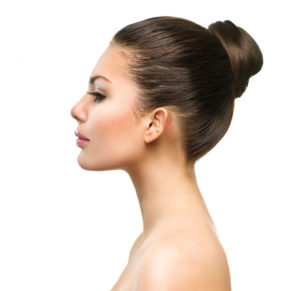 “Desperate Housewives” was a very popular television show from 2004-2012 and is making a resurgence on streaming services.  If you’re a fan of the happenings on Wisteria Lane, it would be hard not to notice how desperately thin the female characters are. Is it really normal for women over 30 to be that thin?

While the marital, parenting, career, social and moral flaws of these characters are put out for all to see, there are no physical flaws noticeable – anywhere. This sends a dangerous message to mature adult women – no matter how amoral you may be, ultra thin and pretty are what counts most. Many believe that eating disorders only affect teens, but these types of messages put just as much pressure on women 30 and older to uphold the ideal physical appearance, regardless of age.

Unfortunately, mature women are not immune to the powerful media images of sexy, toned, tanned, cellulite-free 30- and 40-somethings idealized on television, in magazines, the tabloids, movies and makeover shows. With normal aging come wrinkles, redistribution of body fat and sagging and softer body parts, but you would never know it by viewing the various media. Any 30- or 40-something who dares to compare herself to the liposuctioned, tummy-tucked, face-lifted, Botoxed, breast-lifted celebrities will most surely be disappointed with her appearance.

Just as adolescence is a major time of transition and when eating disorders often develop, women over 30 are also dealing with major life transitions – having and raising a family, balancing this with marriage/divorce and career, dealing with health concerns and aging parents, etc. Just as adolescents can feel out of control with their life issues, so can adult women. And just like adolescents, women can control what and how they eat; for some this becomes much more than health consciousness – it becomes their obsession.

Eating disorders at older ages also mirror eating disorders in adolescents in other ways. Often times eating disorders during adolescence are a way to stay young or “little,” and to prevent having to grow up and face the responsibilities that come with adulthood. Similarly, when you’re in your 30’s, 40’s and 50’s and don’t look like the beauty ideal, there may be a great sense of loss along with feelings of being old, undesirable and useless. Eating disorders can surface in attempt to stay young and delay the normal process of aging, menopause and the reality of losing certain aspects of youth.

Adolescents typically don’t realize that the weight, body fat and other physical changes they experience are part of normal development and are not indicators of getting fat. Older women also try to delay the weight and physical changes that come with peri-menopause, menopause and post-menopause because of the intolerance for any weight gain they have learned through years of conditioning that thin is the only acceptable way to be.

Regardless of what age an eating disorder begins, all types are treatable. Because older women have more life experience, coping skills and other strengths a teenager doesn’t have, it is believed they may recover faster than younger women. The key is to get treatment as soon as possible, since the longer the eating disorder persists at any age, the more difficult it is to change engrained thoughts and behaviors.