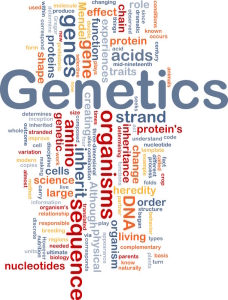 In this article, I want to lay out what has been learned about the genetic predisposition for eating disorders and how this can help identify who may be at risk for developing an eating disorder. The first part of the article explains the background and basic science behind our current understanding of the genetic tendencies and the second part identifies personality characteristics that lend to a higher vulnerability for these disorders.

In March 2009, the Academy for Eating Disorders (AED) published a position paper declaring that anorexia nervosa; bulimia nervosa and their variants are “biologically based mental illnesses.” The Academy is the largest international association of leading scientists and clinicians devoted to eating disorders treatment, research, education and prevention.

AED evaluated the scientific data on eating disorders, which demonstrated that they are serious forms of mental illness just as the other disorders defined in this way, specifically, depression, bipolar disorder, schizophrenia and obsessive-compulsive disorder. This review determined that based upon the legal standard of a reasonable degree of medical certainty, ‘biologically based mental illness’ is an appropriate classification for eating disorders.

Biologically based mental illness is defined as:

“A condition that current medical science affirms is caused by a neurobiological disorder of the brain, significantly impairs cognitive function, judgment and emotional stability, and limits the life activities of the person with the illness.”

The scientific data the Academy evaluated included genetic studies, which showed that eating disorders are “heritable” disorders. Genes are he basic units of heredity that are transferred from a parent to a child and which then determine the child’s characteristics. Each gene occupies a certain location on a chromosome.

There have not been any “eating disorder genes” identified to date; however, genetic studies have begun to identify chromosomal regions that may contribute to the genetic predisposition for anorexia nervosa and bulimia nervosa. So, a myriad of characteristics can be inherited from parents and, with eating disorders, the characteristics are those comprising temperament and personality style.

There are certain personality traits that increase a person’s vulnerability to developing an eating disorder. They include:

These traits are remarkably consistent among those with EDs, are usually evident prior to the onset of the ED, become accentuated during the course of illness and can continue once recovery has been achieved.

Having these traits does not mean an ED is inevitable, just that there is an increased risk when other environmental factors combine to enhance the genetic vulnerabilities. The cumulative effect of typical stressors that occur in a person’s social, family, academic, athletic, etc., environments can be enough to set the stage in the same way that more distressing events, such as traumatic experiences, can.

When a person with traits such as self-doubt, perfectionism, compulsivity and rigidity goes on a diet to try to off-set stress and to feel better, the perfect storm can erupt and turn into a tornado very quickly. The same traits that make people vulnerable to an ED also serve to keep them entrenched in it. This helps explain why treatment can be a long and arduous process — therapist and patient are pushing up against and attempting to remold personality characteristics that are genetically set in place. To add to the challenge, they attempt this while the social/cultural environment reinforces and overvalues the thin ideal.

Understanding the genetic predisposition for EDs can help us identify people, especially children, with the personality characteristics that put them at greater risk so we can:

While this is not an exhaustive list, it encompasses some of the things that can be done once the at risk personality style is identified. We do know that early intervention with an eating disorders specialist provides the best chances for recovery, so it makes good sense to recognize and intervene at the first signs a problem may be developing.