Low Cholesterol May Affect Your Mood 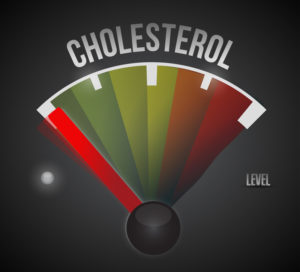 Normal cholesterol levels are considered to fall in the 180-200 mg/dl range. Low cholesterol, or levels below 160 mg/dl, has been linked as a predictor for anxiety and depression. There is evidence suggesting that low cholesterol can alter brain cell functioning because if there is a low level of cholesterol circulating in the blood, there would also be a low level circulating in the brain. Brain cells with low levels of cholesterol are not able to use the mood stabilizing chemical, serotonin, effectively. Too much or too little serotonin in the brain can cause anxiety, depression and other mood disturbances.

Research shows that people on low cholesterol diets die less often of heart disease, but more often from suicide, accidents and homicide, than the rest of the population. These studies again connect low cholesterol in the diet with serotonin levels and suggest that abnormal serotonin levels can result in more impulsive behavior. The lack of ability to control impulsivity often underlies excessive risk taking, suicidal and violent actions. It is likely that highly impulsive people have serotonin levels that are too low. Thus, if cholesterol gets too low, impulse control may decrease and lead to higher rates of risk taking behavior.

Recent studies on both men and women have shown that those taking cholesterol lowering medications experienced more symptoms of anxiety and depression compared to those not on the medications. This does not mean that cholesterol lowering drugs are going to cause anxiety or depression in everyone who takes them. It does suggest that people taking these medications may be more susceptible to mood disturbances for two reasons.

First, if cholesterol levels drop below the 160 mg/dl range, mood-related symptoms are more likely to occur. Second, if a person already has low levels of serotonin, going on a low cholesterol diet and/or taking cholesterol lowering medications could cause serotonin to lower even more and result in mood disturbances. Unfortunately, there is no way to measure serotonin levels to know whether a person may be at risk.

Those with a history of anxiety or depression may also be more susceptible to recurring symptoms once put on a cholesterol lowering medication. If you are on medication for cholesterol and have noticed any changes in your mood, be sure to talk to your doctor and always do so before making any changes with your medications. If you are concerned you may have anxiety or depression, click on Take an Online Assessment under the Heart and Mind Program menu.