The Role of Temperament in Eating Disorders

Prior to the understanding we now have about the genetic influence of eating disorders, the impact of sociocultural factors, such as drive for thinness and dieting behavior, were thought to be primary contributors to the development of anorexia and bulimia. 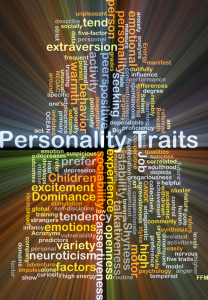 We now have a greater understanding that eating disorders are the result of complex interactions between social, developmental and biological processes. Even though we don’t know the exact nature of these interactive processes, it is more clear that sociocultural factors are not the strongest determinants behind eating disorders. This is supported by the fact that, although drive for thinness is pervasive in our society and millions of people engage in dieting, anorexia and bulimia still affect only a small percentage of people.

The genetic susceptibility to anorexia or bulimia is not contained in one or two genes, but is likely due to the combination of multiple genes that influence personality characteristics. Temperament is a genetically inherited characteristic that is thought to increase a person’s vulnerability to developing an eating disorder. The temperament among those with anorexia is remarkably consistent and these personality traits are often evident prior to the onset of anorexia, often accentuate during the illness and will often persist to a lesser degree in recovery.

The consistent temperament seen with anorexia is a person who is highly sensitive and readily in tune to the feelings of others, but doesn’t like to express or feel the intensity of their own emotions. Their thinking tends to be very black and white — things are either good or bad, right or wrong — and they get stuck with there being only one right way to do things.

The eating disorder temperament reflects difficulty adapting to change, reliance on rituals and predictability, preference to conform rather than cause any conflict, excessive rumination, need for perfection and perseverance even in the absence of any tangible rewards, for example, continuing to lose weight despite decline in physical and emotional health.

The positive aspects of this temperament include being precise, detail-oriented, thorough, independent, achievement-oriented, and self-initiating and this personality style often does well in engineering, medicine, academics and research.

When gathering a patient’s history and background, it is common to hear that he/she was the “best child,” showed perfectionist, obsessive behaviors and had a more negative sense of self going back to childhood. It is also common to learn that there was also some type of anxiety disorder present by age 10, whether it was recognized at the time or not. It is estimated that 60% of those who develop an eating disorder had an anxiety disorder in childhood.

When a person has the genetic vulnerability, it is their temperament and interaction with the environment that makes the difference as to whether an eating disorder develops or not. In essence, genes “load the gun” and the environment “pulls the trigger.” The ‘environment’ refers to the experiences a person has with family, school, peers, society, sports, health, etc., that may cause the loaded gun to fire.

So, what goes wrong? Why do some, but not all who are genetically vulnerable to anorexia or bulimia become afflicted? The information we currently have on the genetic influences of eating disorders offers the following hypotheses:

*A person may have too many of the temperament vulnerabilities that then increase susceptibility to environmental influences;

*The combination of genetic traits interact in such a way as to increase susceptibility;

*Various genetic traits are more responsive to environmental influences; and

*There are other possible inherited vulnerabilities, such as neurochemical disturbances, that also contribute to susceptibility.

As genetic research continues, our understanding of eating disorders and the most effective ways to treat them will undoubtedly also continue. What the research to date helps explain is why eating disorders recovery is so difficult — treatment interventions are up against genetically determined personality traits. It is not just about making a choice to stop eating disorder behavior. It is important to remember that our personality characteristics come genetically encoded and play a major role in who we are, how we see the world and how we cope, whether we like it or not.